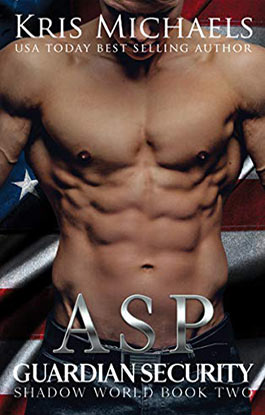 As a Shadow, Asp planned his assassinations with meticulous care. His work required one thing, that the Council direct his kills. The coded target became a "sanctioned hit” and that distinction was vital.

His most recent assignment took him to a remote area of the Andes Mountains in Colombia. He completed his assassination according to plan—more or less—but no amount of careful planning could have prepared him for the dire circumstances he found himself in. As he faded in and out of consciousness due to a life-threatening bullet wound, he knew he might not get home. He'd resigned himself to dying alone, just not this soon.

Lyric Gadson was an unwilling expatriate. She’d trade her grandfather’s farm in the foothills of the Andes for her old life in Jacksonville, Florida in a heartbeat. But, the cost of a return ticket was out of reach, and Lyric found herself maturing from carefree teen to responsible woman on a remote Colombia banana farm. When her beloved grandfather failed to return from his yearly pilgrimage to his wife’s shrine, Lyric thought nothing of packing her kit and hiking into the Andes mountains to find him. She found her grandfather—and an unconscious man near death. Her decision to stay and care for the dying man would usher in the greatest love of her life, but it could also threaten everyone else she held dear.