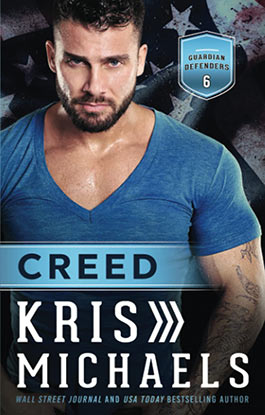 ***NOTE THIS TITLE WAS PREVIOUSLY PUBLISHED UNDER THE TITLE SEAL FOREVER. IT HAS BEEN EDITED AND RETITLED. IF YOU HAVE ALREADY READ SEAL FOREVER, YOU HAVE READ THIS STORY.***

A career-ending injury changed his life.

Creed Lachlan was forced out of the Navy SEALs and now works as a freelance contractor for Guardian Security. His current mission is to identify the production site for emerging “dirty” bombs. His contact in Cuba wasn’t the sixty-year-old man he’d been told to expect, but a sultry beauty with a sassy attitude was hellbent on driving him insane.

She was intelligent, smart, and, unfortunately, a woman who would never inherit her uncle’s business. Her uncle sat atop the largest black-market organization in Cuba. As his niece, Mariella routinely outmaneuvered the corrupt communist regime to provide the people of her country with necessities. Her skills were why her uncle assigned her to him--the grumpy, sexy-as-sin American who aggravated her at every turn. Even so, keeping him and his team out of danger would require extra diligence.

In a game of cat and mouse played out in a deadly arena, Mariella and Creed face more perilous risks than capture, torture, and imprisonment. They risked losing each other.