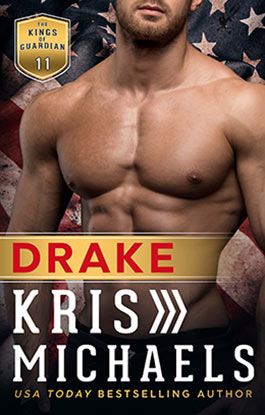 Life wasn’t fair. Drake Simmons and his identical twin, Dixon, had had that lesson beaten into them early and well. Their past had so savaged their souls no amount of “confronting their demons” could heal them, but Drake’s twin refused to acknowledge that truth. For the first time in decades, Drake watched Dixon embark on a dangerous assignment without him. So, he did the only thing he could do; he prayed hard and pushed forward. While visiting with an old mentor, Drake's past reintroduced itself in the shapely form of one hell of a distraction. Her name was Dr. Jillian Law, and it appeared people were intent on killing her.

Of all the people in the world her father could have asked to protect her, why did it have to be him? She’d known Drake, and of course Dixon—you didn’t get one without the other—through her teens and early twenties. For years, she’d painfully adored Drake with the raw passion a young woman could only feel for her first love. He’d never viewed her as anything other than a friend, and she’d hidden her feelings behind her thick glasses and shy behavior. Since then, she’d earned her Ph.D. and had invented a solar power source that provided almost limitless, cheap, energy—a device for which someone was willing to kill her. If circumstances were determined to throw them together again, the least she could do was make Drake see her as Dr. Jillian Law.  She wasn’t “Silly Jilly” anymore. The girl was gone, forever, but the woman who remained had never forgotten Drake.

Though torn and distracted by the absence of his twin, Drake grows to realize this benign shadow from his past might be the key to his future—if he can keep her alive.