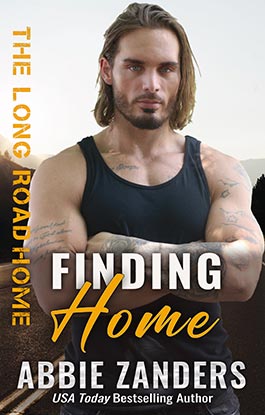 Home is where the heart is... unless you don’t have one.

When Jaxson Adams is forced out of the service on a medical discharge, he returns to his hometown to find that very little has changed. The problem is, he has.

He’s no longer the carefree, wild child he’d once been. He’s seen and done things most people couldn’t imagine. Not in their dreams… and not in their worst nightmares.

Even worse, he’s lost his sense of purpose. He doesn’t belong anymore. And no one understands.

Then he finds the letters. Letters that change everything he thought he knew about his family and provide a new mission—to discover the truth and right decades-old wrongs in the process.

Penny Hoffmeier is a romantic at heart, even if the only romance she sees is the stuff she makes herself. She takes great pleasure in creating the perfect bouquets for every occasion from her family’s florist shop in Sumneyville, PA.

She’s a lover, not a fighter, but she likes scuttlebutt as much as the next girl, and the hot, former SEALs who set up a place for returning service men and women nearby are providing plenty of fodder these days.

So far, she’s managed to stay neutral in the escalating tensions between some locals and the Sanctuary guys. However, when the brooding, sexy stranger comes to town with a shocking secret about one of their own, remaining quietly on the sidelines proves impossible.

Will Jaxson be able to achieve his objective and move on with a clear conscience? Or will he make Penny his next mission?