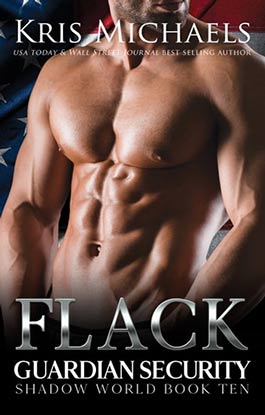 The assassin known as Flack wasn’t expecting to become the guardian of his fourteen-month-old niece. His life as an assassin wasn’t exactly family-friendly. Plus, he had no idea how to take care of a baby. How could he work for Guardian Security with a kid in tow? Flack needed help, like yesterday.

Addy Wilson was injured while protecting a child from an explosion. No longer able to lead her Special Weapons and Tactics team for the FBI, Addy was looking for a change, a transition until her rehab was complete and Guardian Security once again opened for applicants. The nanny position that required all her skills and had some seriously good-looking benefits was just what the doctor ordered.

Love when you aren’t expecting it is the biggest surprise of all.

When two people who speak the same work language find a common goal—sparks ignite. Yet, the feelings Flack and Addy share are threatened by the mysteries of a rare language and a man intent on exposing the undercover operatives of the world.