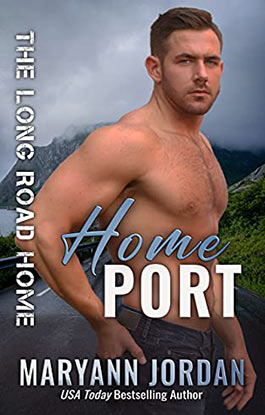 The last time he was there, he buried his father. The time before that, they had argued over his joining the Navy. Now, he needs to go home to start anew.

But getting there turns out to be an adventure once the stoic Chris meets free-spirit Stella for a cross-country adventure.

She opens his eyes to the beauty she sees in the world around her. But when she stumbles upon a secret someone wants to keep and her life is in danger, Chris is the man with the skills to keep her safe. And his new security co-workers jump in to help them both.

Getting to California was his goal, but now finding a new home port with Stella will be his reward.