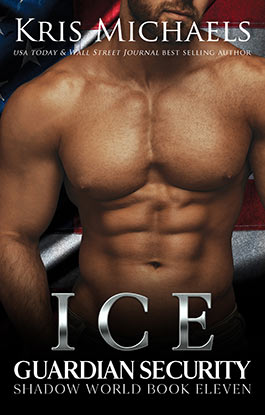 A stone-cold killer. His code name of Ice was given to him for a reason. When he was hunting the bastards that preyed on the helpless of the world, Ice was relentless and ruthless. Guardian Security focused his talent, and he became a lethal asset.

To save her younger sister, Londyn Chatsworth married a despicable man. Her agoraphobic husband used his wealth to manipulate everyone except Londyn. After ensuring her sister’s safety, Londyn takes matters into her own hands. A gun and determination would see the end of her husband’s evil.

After weeks of hunting and watching his target, Ice witnesses a broken and terrified woman murder the man he was sent to kill. Ice breaks his cover and steadfast rules of engagement to save Londyn. That intervention provides a hint of opportunity that Guardian needs to identify a looming threat. It also places Londyn and Ice in the crosshairs of a new enemy.