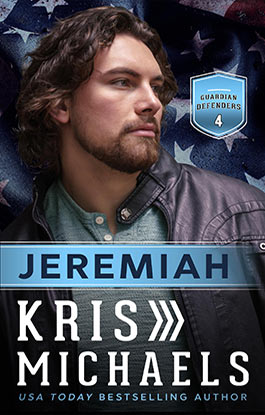 Doctor Jeremiah Wheeler dedicated ten years of his professional career to the population of a maximum-security penitentiary in California. A prison riot and lockdown led to a horrific hostage situation he barely managed to survive. Going back wasn't possible. He needed a change of pace, a change of scenery, and time to heal.

Life was quiet in Hollister, South Dakota and that was exactly why Savannah Wade relocated to the middle of nowhere after her husband died. Small town problems, with a dash of small-town drama. Perfect. Peaceful. Relaxing. At least until he hit town. All those muscles stacked on top of a superior attitude and those mesmerizing eyes. Doctor Wheeler was a flashing warning sign, one she couldn't resist. He was a bad boy with a capital B.

All he wanted was beer and a meal but instead, he ended up witnessing an argument that escalated into a knife fight. Forced into action to save a man's life, he fell headlong into the small town's business. There was nothing to hold him in Hollister. Well, almost nothing.

An urgent call from California holds him firmly in cattle country with no release date in sight. That is until the reason for his forced hiatus tracks him down. In order to save himself and Savannah, he calls in a favor and makes a commitment to Guardian. One he'd gladly keep if he survives.