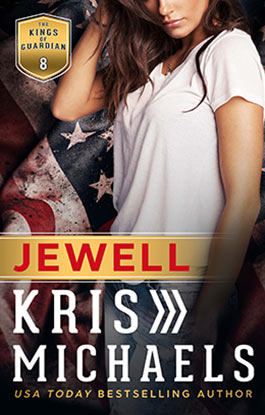 Obsessive. Toxic. Ice Princess. Witch. Jewell King ignored the epithets slung at her behind her back. Hell, after six, or was it seven, personal security officers asked to be reassigned rather than continue to guard her 24/7, maybe she deserved the names. She didn't care. Good riddance. Well… the last one had kinda weaseled his way into her daily routine with his compulsive cleaning and insistence on health foods.  When he left, she noticed and was… hurt. But that didn't matter. She had no time for emotions. Handling the information and data systems for Guardian required 28 hour days and triple her current staff. On her shoulders rested the weight of defending Guardian against a brilliant hacker determined to take down all billionaire David Xavier had built and destroy her family in the process. He'd tried before. She had frustrated his first attempt by the slimmest of margins. This time he’d made it personal and he just might succeed.

Zane Reynolds waded through several weeks’ worth of empty energy drink cans, cast off candy wrappers and stale pizza boxes, and viewed Jewell's office with a resigned sense of deja vu. He was back—against his will and despite his best efforts to stay as far away from Jewell King as he could get. The fact she hated him would make Jewell King a difficult assignment. He should walk away like all the others, except he couldn’t. He’d seen through the woman’s veneer and had witnessed the true kindness of the person hiding under the beautiful, yet caustic façade. This time, Zane had non-negotiable conditions before he'd agree to return as Jewell King's personal security, and he told the CEO of Guardian as much.  This time, he was doing things his way.