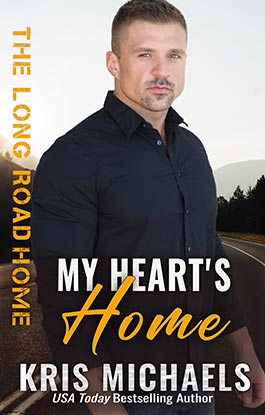 Forty years old and starting over. And not sure where home was going to be.

Chief Master Sergeant Cameron Freeland had a few job prospects but nothing that sparked much interest. And now… his flight was grounded, and he was stranded in an airport. At least, he could kill time in the USO.

A chance meeting there altered his decision, and he boarded his plane to Hope City with an interview for the job of his dreams.

Single mom, Mercy Cahill faced life and death struggles every day to protect herself and her daughter. Now hiding under a bridge in a homeless community, she needed was a break, a job, and a home somewhere her ex couldn't reach them.

Cam's new job as a special investigator took him to the cardboard cottages, where he met Destiny, the little girl with the big green eyes and her mother. Involving himself deeper with the mother and daughter was a mistake but leaving them in that place was impossible. If only Mercy would trust him, he'd give her shattered heart a home.