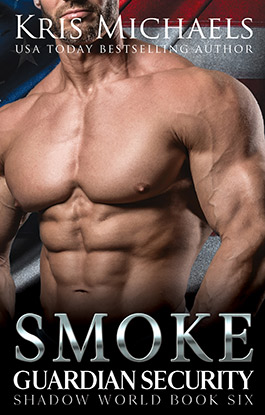 Shades of good are colored by the poison of greed, lust, and envy, and all too often the warm colors of humanity are consumed by evil.

The assassin known as Smoke had his future planned. When his partner’s life imploded, his absence left Smoke adrift. Then Guardian threw a sassy, enticing anchor at him. When the alluring siren boarded his ship, he should have seen the rocky shore in the distance. She was irresistible and he was twenty years her senior. Anything but a professional relationship with her was a shipwreck waiting to happen.

The operative known only as Charley dove headfirst into a chance of a lifetime. Her temporary partner radiated a magnetic personality, sexy smile, gorgeous body and they formed an easy comradery, but she could sense darkness below the shiny veneer. She wanted more than a working relationship with this man, and she let him know in no uncertain terms the attraction would come with no strings attached.

Unfortunately, the complication of a relationship was the one thing Charley couldn’t afford. A foreboding cloud draped her future, bringing a deluge she’d managed to outrun and outmaneuver… or so she thought.

When you exist within the shadows, nothing is as it seems.